Crossroads Church seeks to follow the example set in the book of Acts by having a plurality of elders.  Elders Matthew Martin, Terry Berreth and Jonathan Wangsgard strive to work together in seeking the Lord's will for Crossroads Church as it ministers to the Copperopolis area. 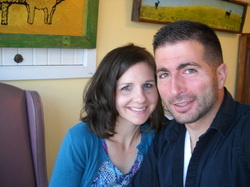 Pastor Matt Martin grew up in the Willamette Valley, in OR where he was raised by godly parents. His father was a pastor associated with The American Missionary Fellowship (now called “Converge”). From the age of twelve, Matt had a desire to serve the Lord in full-time ministry.

Education: Pastor Matt’s undergraduate studies were at Shasta Bible College in Redding, CA, where he earned his Bachelor’s degree in Bible and Theology with an emphasis in Biblical Languages. After a five year respite, he returned to school, and in the Spring of 2013 he graduated with his Masters of Divinity from Corban University School of Ministry (formerly Northwest Baptist Seminary).

Ministry Experience: Matt has been involved in a variety of ministries. During his time at Shasta Bible College, He was a pastor at Oak Run Bible Church in Oak Run, CA. After college, he taught Bible and Theology at Liberty High School in Redding, CA.

Additionally he has led various children’s and youth programs, acting as an AWANA director, planning and overseeing monthly youth outreach programs, and serving in various capacities at bible camps.

Matt has a particular passion for the clear and careful teaching of the Bible and recently came to Crossroads to serve as the primary teaching and preaching pastor.

Personal: Pastor Matt and his wife of nine years, Lesley, have three children. They live in Copperopolis and are excited about the opportunity to serve. 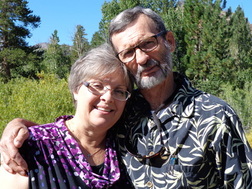 Pastor Terry Berreth  was born and raised in California's central valley, where his parents owned a dairy farm located ironically just an hour from the church he now pastors.

Ministry Experience - Terry’s ministry experience includes church planting with Northwest Independent Church Extension which has planted scores of churches and has assisted hundreds more in six western states including California. He has served as the senior pastor of five churches and assisted two others. He has taught the Bible expositionally for decades to help people understand Biblical theology and its application to the Christian experience.

Using his training, he has spent hundreds of hours providing counseling to individuals and families, confronting subjects such as marriage, alcohol and drug abuse, and career counseling.  He also served as camp director for Sierra Pines Bible Camp for youth of the eastern Sierra Nevada region.

Work Experience- Pastor Terry has extensive experience outside of the church. He worked in industry including energy innovation, construction, water well-drilling, boat repair, and manufacturing. He was a plant manager for a water conditioning company. Along with his experience in the private sector, he served 4 years in the US Navy during the Vietnam War, stationed in Subic Bay Philippines. On the USS Hector he headed crews that repaired naval vessels. He also spent 2 years in the Naval Reserves designated as a military counselor.

Personal - He has been a full-time resident of Copperopolis since 2009, and has served the congregation at Crossroads Church since 2010. He and his wife of 35 years have two grown children and five grandchildren. 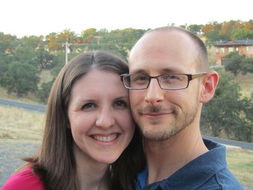 Jonathan Wangsgard  was born and raised near Lancaster, California, in a town of 150 people called "Three Points".

Education -   Jonathan went to Christian Heritage College in El Cajon, California where he earned a bachelors degree in Liberal Studies.

Ministry Experience - Jonathan has been involved in ministry since he first helped his dad play music for a church Bible study.  He has been a camp counselor, children's ministry intern, church elder and led worship in high school and college settings in various churches throughout the years in San Diego, Lancaster, Redding, and now Copperopolis, California.

Work Experience- Jonathan taught in elementary school from November of 2001 to 2015.  He is currently self employed working in an internet business.

Personal - Jonathan's parents, Chris and Kathy raised him in the grace and knowledge of Jesus Christ.  His father played guitar and sang in a church Bible study.  His mother led him to know Jesus at the age of 4 and in junior high school he came to the conclusion that this wasn't just his parents' belief system, but his own.  After high school he went to college and met a wonderful woman named Julie.  They got married in 2001.  They have 4 wonderful children together.  In Jonathan's free time he listens and talks with his wife, Julie, plays with his children and nieces and nephew, discusses theology with Matt and Terry, converses with his mother-in-law and sister-in-law, spends time with his church family, paints, writes songs, records music, and enjoys woodworking.